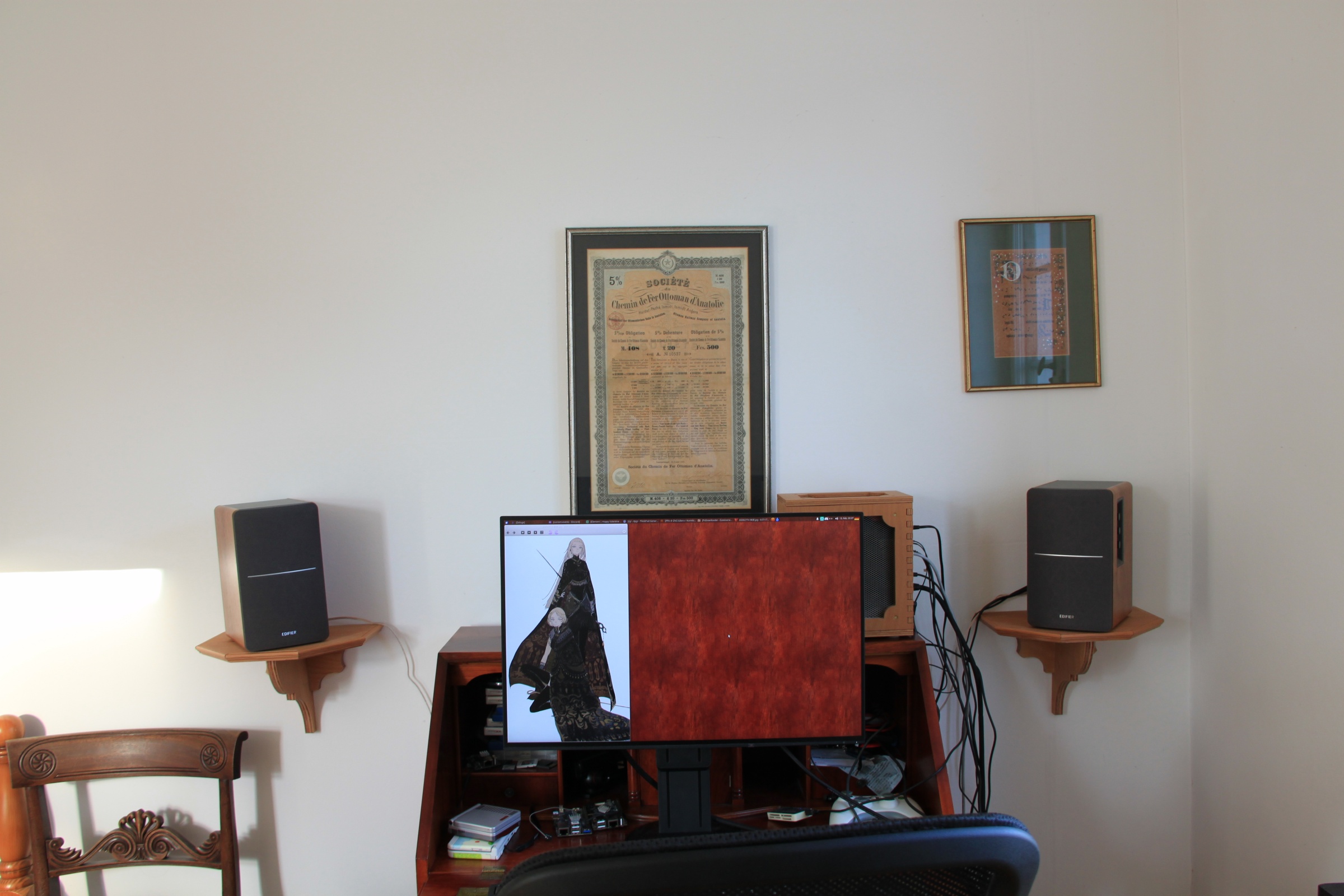 After my old, small speakers broke, I bought the Edifier Studio R1280T as a replacement, but their size was a problem. The only space for them on my secretary was at the top, right behind my monitor—this made for very poor acoustics, and looked crowded. To more properly position them, I had to add corbels or wall consoles to my room. There were a couple of nice antiques in regional classifieds, but at the encouragement of a friend, I decided to make my own. 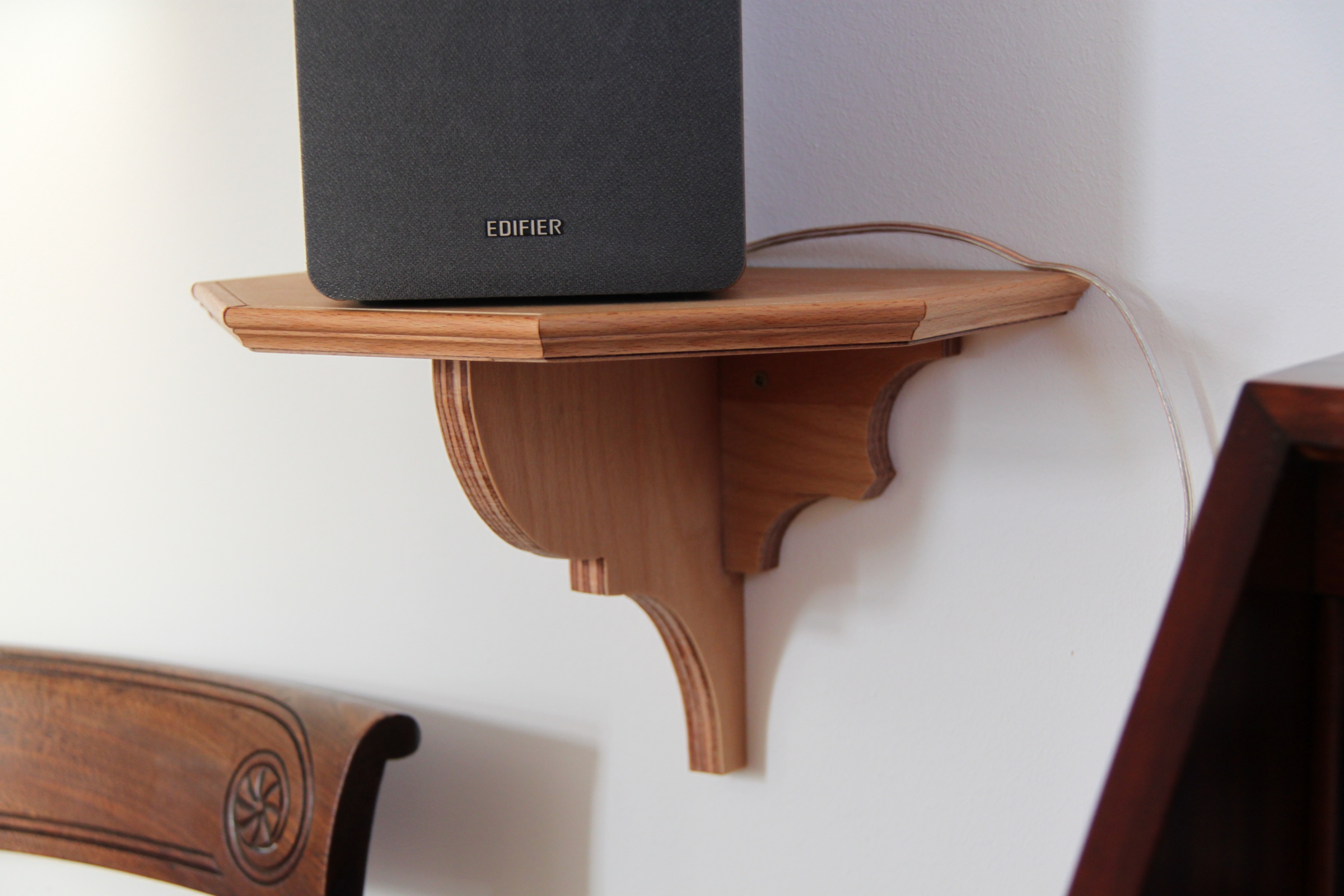 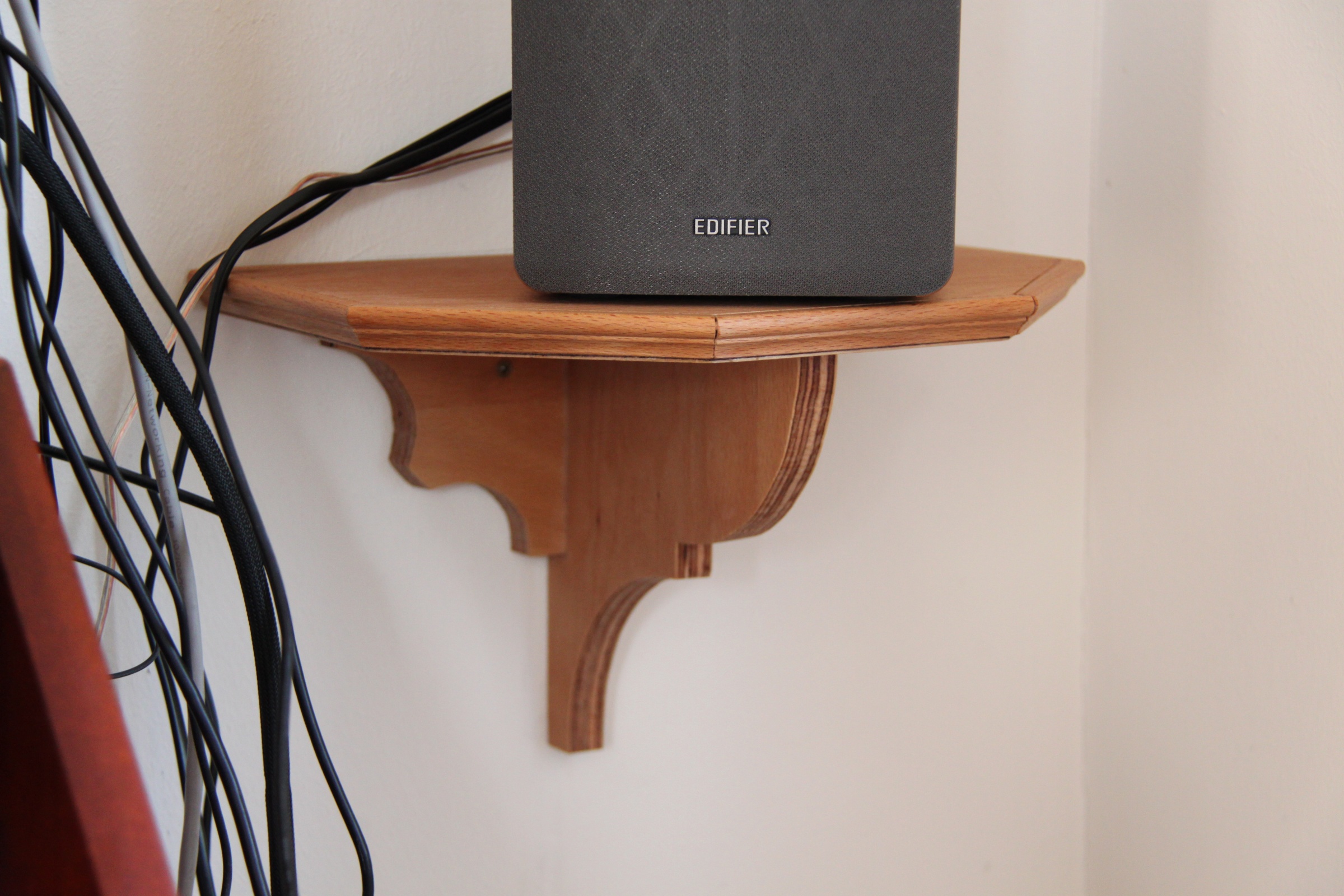 This having been only my second woodworking project, a lot of mistakes were made, and lessons were learned in the process. Some of them are recorded here so that I may remember them, and so that any errant reader may either learn from or be amused by my rookie mistakes.

In the end, it was worth the trouble. The sound is much better now. 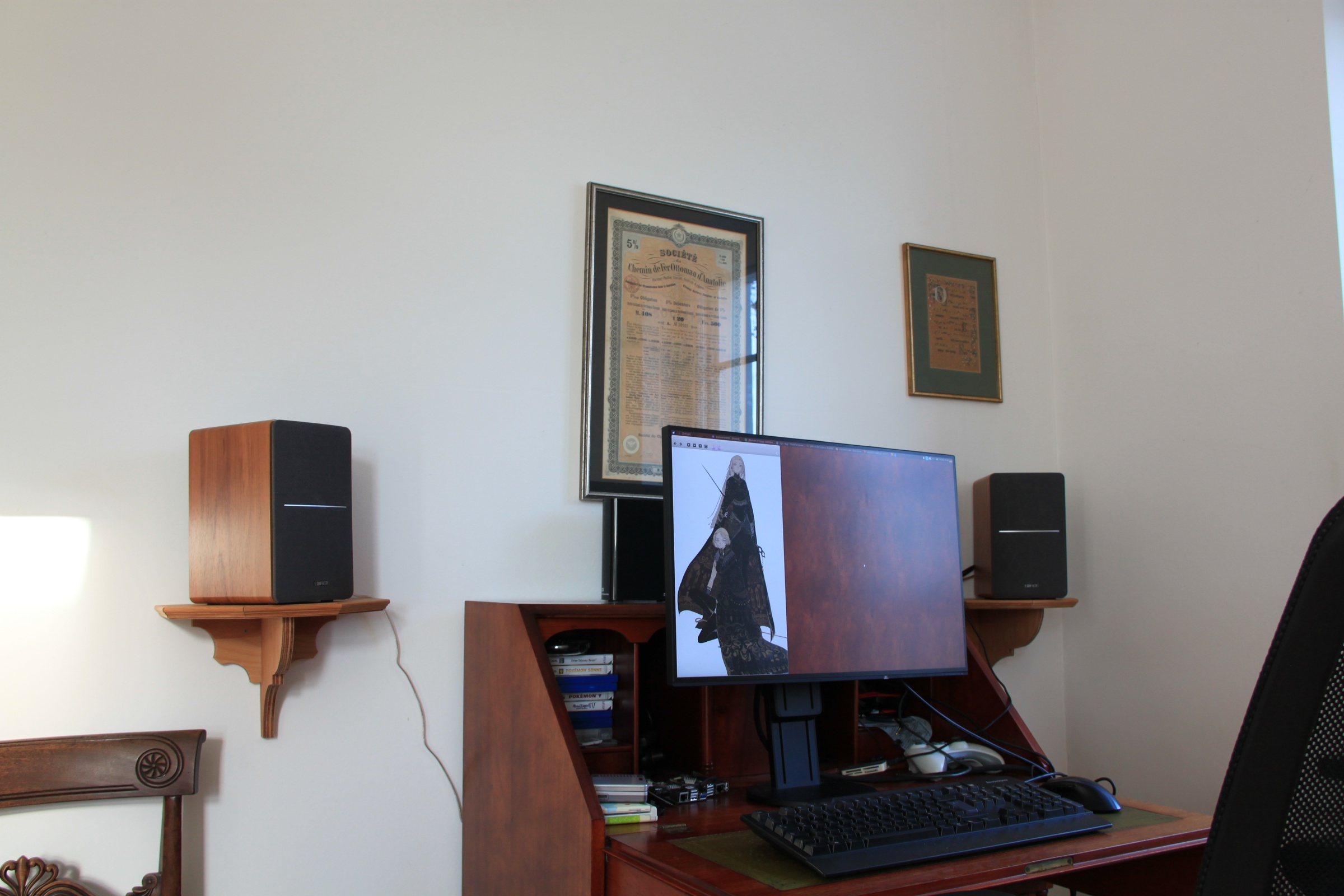